skip to main | skip to sidebar
My desire to create art comes from my search for the meaning of our existence. I use my artwork as a key to understand others and myself. The most precious thing in my life is the growth process. Art is my guide and mentor.... 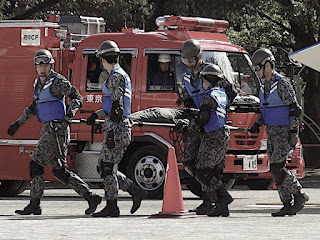 There was the 17 anniversary of September 11 attacks in New York City.The number of victims have been increasing nowadays. Many victims have been died by cancer because of  the toxic substances was mixed in the dust when the building collapsed. 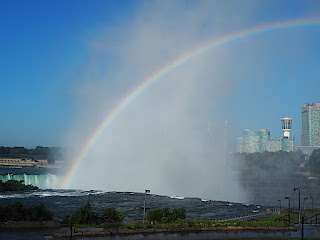 In August I visited friends in Buffalo and Montreal. This trip began with visiting Niagara Falls on both the US and Canada borders. On the Canadian side, luxurious houses line up along the river and flourish in the tourism business. On the US side factories line up along the river, and the place where the waterfall can be seen was a national park. 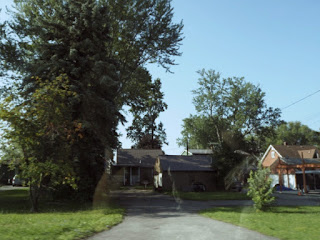 While guiding me, my friend told me about the “Love Canal Incident,” known as the site of the landfill where this neighborhood became the epicenter of a large-scale environmental pollution disaster that hurt the health of hundreds of residents. Her friend has become cancer and still lives there. 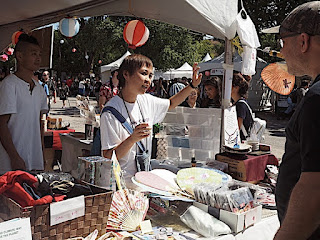 In Montreal, I visited Ms. Ryoko Hashizume who I met in Belgium in 2015. She introduced me to her members of group “Montréal KIZUNA” who remembers the East Japan great earthquake, and knew the current situation of people who had to coexist with radiation, and continued to support. All the members were unique. They were cooperating naturally using their skills, and I felt comfortable to be with them. 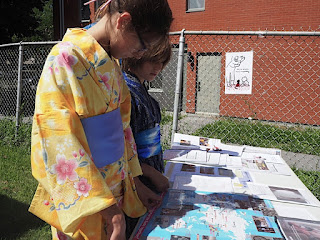 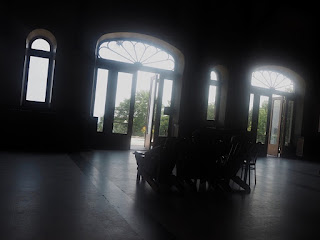 In Montreal, I measured spatial dose of radioactivity with my geiger counter called ECO TEST of Ukraine's TERRA-P.  Approximately average 0.13 μSv / h. There was a place that go up to 0.16 μSv / h in the Kent park close to the Montreal University.I heard from Ryoko that McGill University and Montreal University in Montreal were used as laboratories for the Manhattan Project before ultimately moved to the Chalk River Nuclear Laboratories where located about 200 km north of Ottawa in Ontario. I knew that Britain was involved in the development of nuclear bombs, but I didn't know that Canada was also involved. More info: Canada’s historical role in developing nuclear weapons 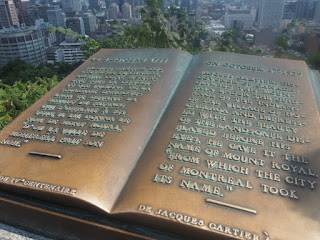 Although I tend to believe myself that I am safe, my apartment in New York is also  0.13 μSv/h. This figure is almost the same as my parents' house, which is about 100 km away from Fukushima, which was a candidate site for radioactive waste final disposal site in Tochigi. My Geiger counter is not accurate but it serves as a guide. Measuring radioactivity with a Geiger counter is a trigger to make one aware of our environment, and it reminds me that radioactive contamination is not another person's affair. 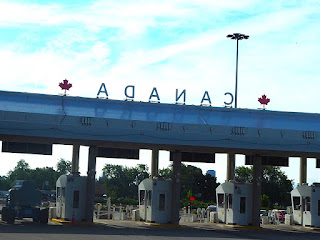 In this trip, I learned there are similar problems in the US and Canada, such as indigenous people's exposure to uranium mining, the existence of concentration camps of Japanese immigrants during the wartime, etc. I felt that the shadow of the Britain in Canada. Knowing Canada would lead to knowing the US more. 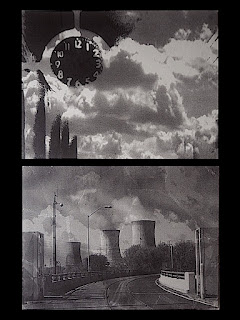 Opening day is International Day for the Total Elimination of Nuclear Weapons. Let's wish for denuclearisation and peace together. 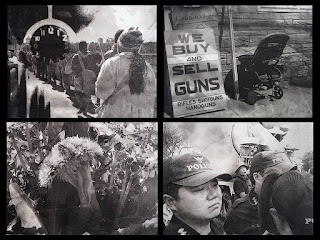 As an introduction to my project "under this sky”, I am presenting some of my photo panels, and my powerpoint with my recent activities and plans. 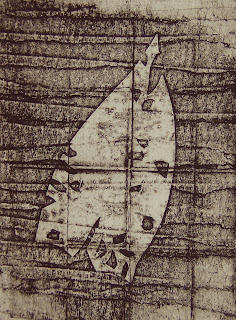 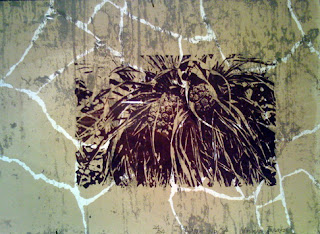 "Nature Rip off"
The adan is a tree, a symbol of Okinawa, used for a long time by Okinawans for their daily necessities. Seventy percent of US military bases in Japan are in Okinawa, and the island’s natural beauty has been destroyed by the construction of these bases. This cracked landscape implies that Nature has been “ripped off” by human beings. And as we are all part of nature, we humans have been ripping off ourselves. 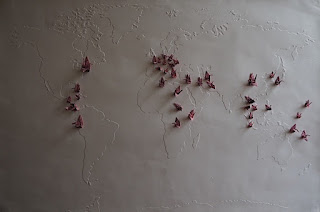 "all things are linked 911”
The outline map represents our Earth. In the beginning, Earth had no national borders. The folded-paper cranes serve as symbols of peace and hope. I’ve made folded-paper cranes from a world map and attached them wherever U.S. bombs have been dropped and where 9/11 disasters occurred. The U.S. is a country of immigrants, yet it bombs its immigrants’ homelands. Since the September 11 attacks, the number of refugees around the world has been increasing. The refugee problem has been caused by needless human conflict. 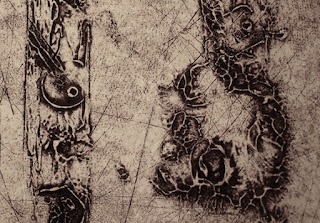 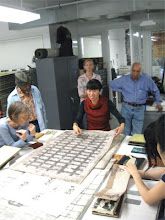 Yasuyo Tanaka became involved in bookbinding and papermaking in 2000. She has worked as a book conservation technician at the libraries of New York Botanical Gardens and Union Theological Seminary as well as for independent artists and bookbinders. She has taught workshops and given lectures at Poznon Academy of Fine Art in Poland, Vilnius Graphic Arts Center in Lithuania, Tochigi Prefectural Museum in Japan, and the Center for Book Arts in NYC.